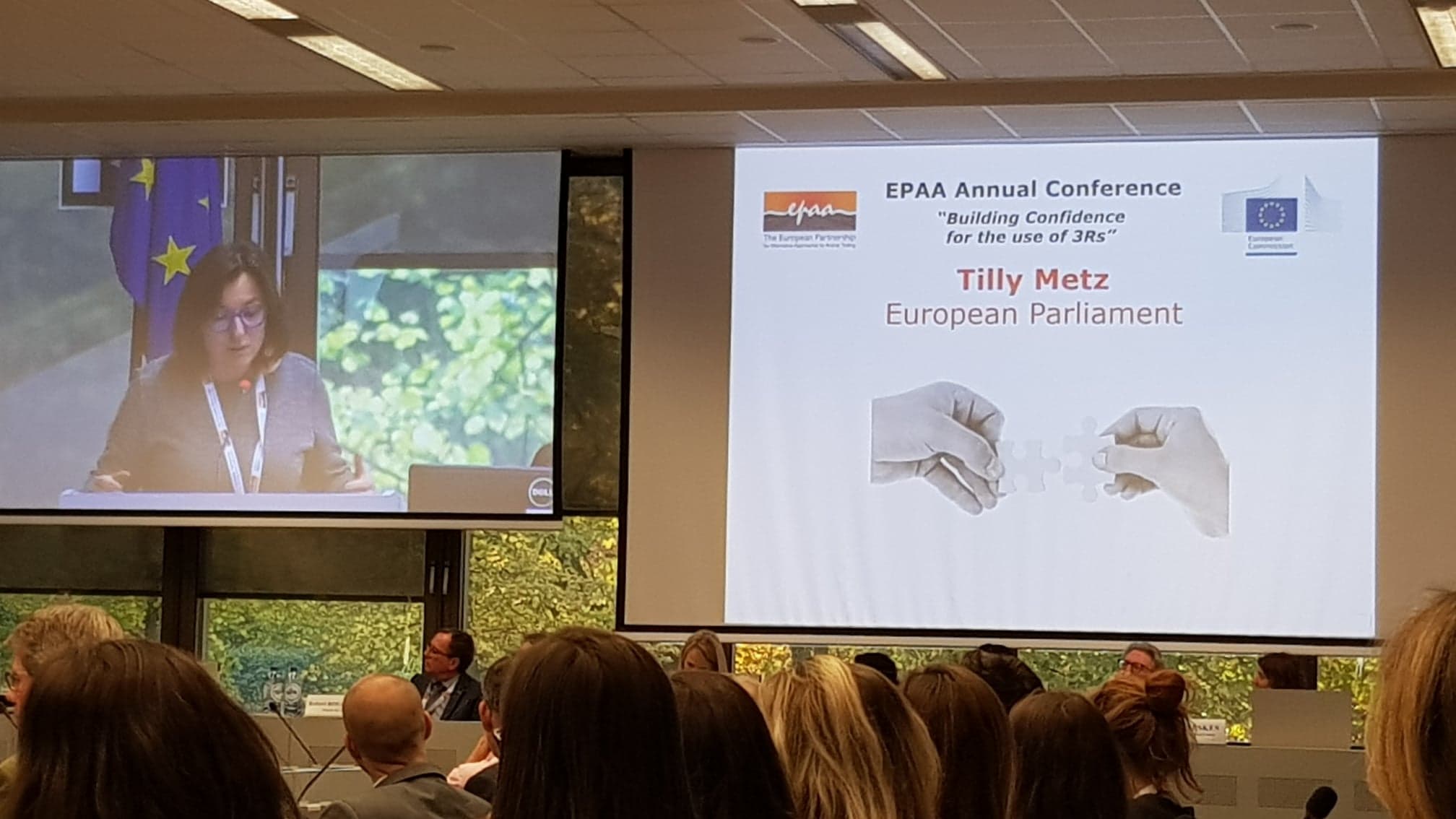 All initiatives to promote alternatives to animal testing are welcome, but lawmakers should be bolder and impose some mandatory measures as well, Luxembourgish MEP Tilly Metz has said.

According to the Green MEP, policymakers must not give up their ambition of making  the “3 Rs” approach to animal testing mandatory.

The “3 Rs” concept – on Replacement, Reduction and Refinement of animal testing – was introduced 60 years ago by scientists W.M.S. Russel and R.L. Burch in their seminal work on “The Principles of Human Experimental Technique”.

Since then, the scientific community, NGOs, politicians, and even the general public have espoused the concept and developed it further.

“It’s not a luxury, it should be an obligation,” said Metz, who spoke last month at the annual conference of the European Partnership for Alternative Approaches to Animal Testing (EPAA) in Brussels.

In order to encourage alternative approaches to animal testing, Metz suggested a strategic action plan, including new product labelling rules and changing the mission of the European Chemicals Agency (ECHA) as part of a broader review of EU legislation on the matter.

“We’ve been working on such a shift for a long time and it is not going to happen if we don’t propose a package of actions that we can really do,” Metz argued.

Society’s reliance on animal testing is no longer a cultural issue, she continued, but more about mentality and habits.

In this sense, education plays a central role in spreading the message of the 3R’s, Metz said. But programmes should not be limited to researchers or university students, she added, saying primary schools should be included as well.

Alternatives should also be promoted abroad, Metz pointed out. In this respect, the EPAA supports training for Chinese scientists, helping the Asian giant develop alternative tests for its booming cosmetics industry.

But promoting the 3 Rs approach beyond Europe also poses challenges. In China for instance, regulatory authorities and policymakers are reluctant to change legislation until the scientific infrastructure is ready.

“Compared to other countries like Brasil, the Chinese don’t do the shift to alternatives if they’re not prepared or if their laboratories aren’t ready,” a speaker from the private sector pointed out.

An official from the Commission’s environment directorate (DG ENV) mentioned a pilot project providing e-learning modules aimed at helping researchers become more knowledgeable on alternative methods. Efforts are also supported in the context of implementing Directive 2010/63/EU on the protection of animals used for scientific purposes, the official pointed out.

Dr Julia Fentem, head of Unilever’s Safety and Environmental Assurance Centre (SEAC), said that leadership in this field comes from different places and different sectors also thanks to passionate individuals who have committed themselves to search for alternative methods. 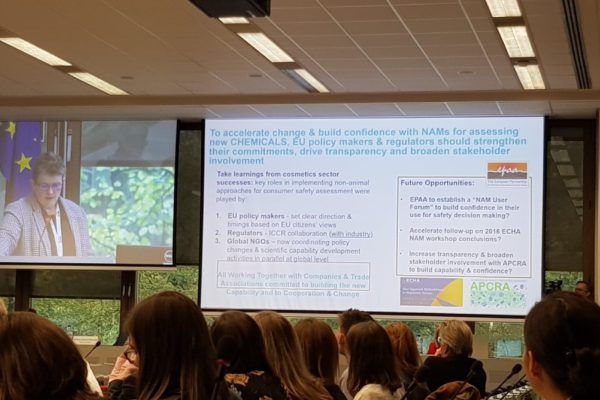